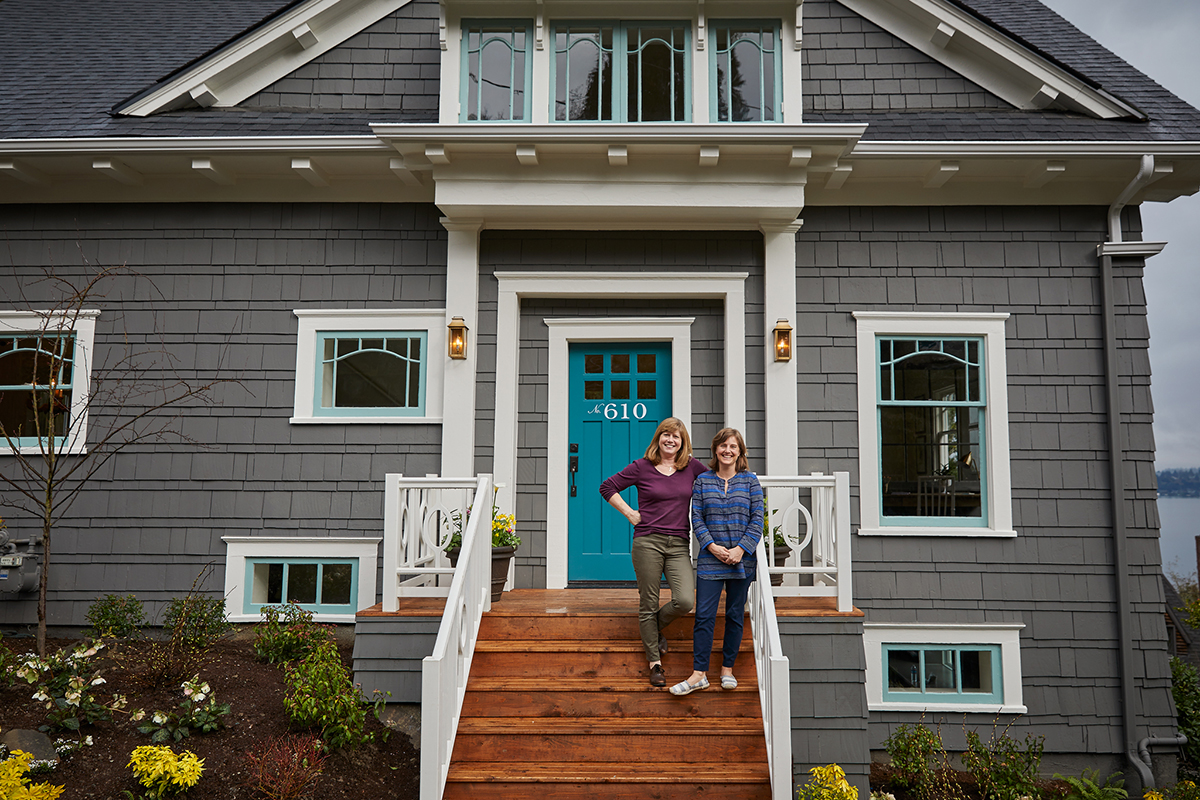 Renovate your concept of flipping a home by teaming up with a real estate agent.

Flipping houses isn’t just about visualizing how to change a home; it’s also about being able to actually sell the house when you’re done renovating. Whether it’s your first flip or your 30th, having an experienced real estate agent on your team can boost your likelihood of success significantly.

Debbie Cederlind and Lora Lindberg — Seattle house-flipping pros and owners of Urban Squirrel — say their real estate agent, Jennifer Reyer, has played a huge role in their business. The three women met back in 2010 when Reyer was helping Cederlind’s daughter buy a house, and they quickly decided to team up.

“[Debbie] rounded up Lora one day, and I said, ‘Let’s just look at a house,’” says Reyer. “So I took them to the worst possible house you could imagine on our first showing.”

Instead of running for the hills like Reyer expected, Cederlind and Lindberg were more excited about renovation than ever. Now seven years into their partnership, the designer duo can’t imagine doing their jobs without her.

If you’re in the business of renovating houses, here are three ways a real estate agent can help you become more successful.

When you’re flipping a house, your initial instinct is to think about what physical transformations the house needs to go through instead of your overall bottom line. A real estate agent can negotiate the price of a home you want to flip, which can give you more wiggle room for your renovation budget (and give you more overall profit).

“A lot of people will ask me, ‘Why don’t you guys get a real estate license?’ but I am more convinced than ever that she is worth every penny,” says Lindberg. “She basically taught us how to flip. She’s also a pretty tough negotiator, and aggressive. Debbie and I are not. We’re wimps, and it’s good to have someone who can do that for us on our behalf.”

2. He/She determines if the numbers will work

In the beginning, Reyer explained the whole flipping process to the women of Urban Squirrel since they were new to the game. Now, they mainly work together on the buying and selling process, which involves lots of budgeting.

Through numerous flips, Urban Squirrel has never had to lower their listing price. That’s in large part thanks to Reyer’s expert knowledge of the Seattle market, her networking skills, and her ability to crunch numbers quickly.

Working with Reyer also holds the team accountable: They don’t cut corners in the renovation just to get the job done faster or cheaper, Cederlind and Lindberg say.

Additionally, Reyer gives the women advice on determining the most buyer-friendly solutions in their designs. That helps them in the eventual marketing and selling of the home.

At the end of a project, a real estate agent can feel like a lifeline to a flipper. Renovation shows on TV may make it look easy, but flipping involves a lot of hard work and tiring days. If you’re doing both the renovation and the real estate work, it can feel overwhelming. A real estate agent is just starting her part of the work when you may feel like you’re absolutely spent on a project.

“One of the many reasons we would never want to be our own agent is because at the end of a project, we’re exhausted and burnt out. We’ve worked long hours,” says Lindberg. “But then we turn it over to her, and she’s fresh and excited because she’s just starting.”

Tip: Find an agent who enjoys the process

Of course, it also helps a renovation business to have an agent who enjoys the fast-paced work of flipping houses.

After seven years, it’s clear: Reyer is still as excited as ever to work with Urban Squirrel. She especially enjoys seeing their innovative renovations on houses with “uninhabitable,” “possible teardown” or “no financing available” on the original listing. Whether they’re working on a cabin, a Craftsman or a 1980s tract home, Urban Squirrel’s designs have gained a following in the Seattle area.