Does Your Home Have A Plumbing Problem 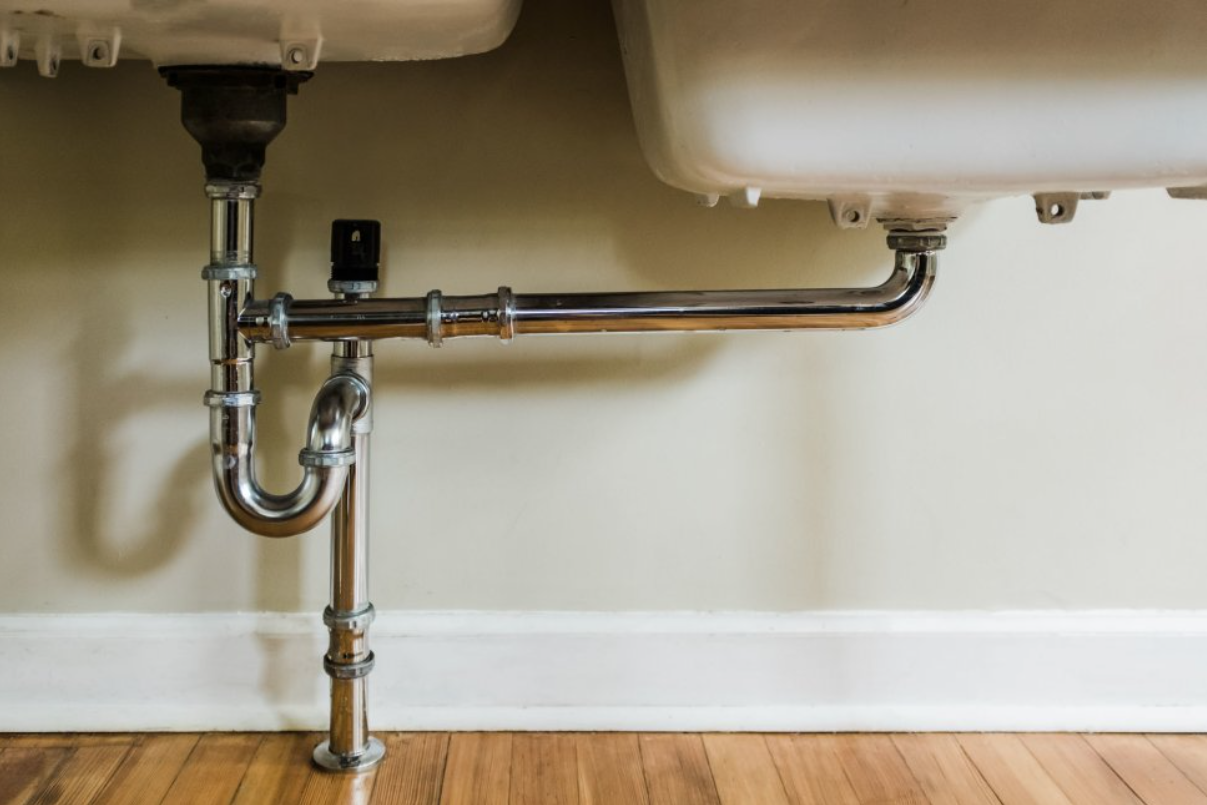 A clogged toilet can be embarrassing, and the thought of calling a plumber for such an issue can feel like an overreaction. But that clogged toilet, a backed-up sink or suddenly high water bill could be a sign of a much larger issue.

Plumbing problems can be minor, but they can also be devastating to your home and bank account. Before you put off calling a plumber for what seems like a minor water-related issue, take stock of the symptoms of the problem and what could be the cause.

Here are 14 common plumbing issues you may spot, how to diagnose them and your repair options:

"By and large, hair is usually the culprit," says Paul Abrams, director of public relations for national plumbing company Roto-Rooter, based in Cincinnati. "And there are some simple fixes for probably 80% of the drains out there. It usually involves taking a coat hanger and straightening it out, putting a little half-inch hook on there and going fishing (in the drain)."

Abrams notes that toothpaste is another fairly common cause for a bathroom sink clog. Over-the-counter solutions like Drano or Liquid Plumber could help move the clog through the pipe. Abrams says these solutions can damage certain types of pipes, but "most modern PVC pipes handle it pretty well."

In case of a larger clog, calling a plumber is best if you don't feel comfortable unscrewing pipes to inspect for a clog.

In your kitchen, a slowly draining sink will typically be caused by food or grease buildup. Begin by running your garbage disposal with the water running to clear it of any food. If that doesn't solve the problem or you don't have a garbage disposal, Abrams recommends trying the liquid clog solutions. "You'll need something that cuts through grease," he says.

If you discover a pipe that's leaking, it needs immediate attention. A pipe with a crack that's just one-eighth of an inch can leak up to 250 gallons of water per day, according to a report by Water Damage Defense, a water damage prevention equipment company based in New York City.

A leak can often be a sign of a bigger issue, so it's good to call a plumber to determine the source of the problem, explains Aaron Mulder, co-owner and operations manager for Mr. Rooter Plumbing of San Antonio, a Neighborly Company in San Antonio. For example: "High water pressure frequently causes leaks in old supply hoses to sinks and toilets, water heaters and washing machines, as well as the pipes enclosed within walls, ceilings and finished floors," Mulder wrote in an email.

If you've turned off a faucet all the way and it still drips consistently, there are a few potential causes. A common cause is the washer in the faucet handle needs replacing, which can be replaced by removing the handle and valve stem. Remove the washer from the valve seat and replace it with a new one that fits into the valve seat (either flat or cone-shaped), and is the right size to match the circle on the valve stem.

A dripping faucet can also be caused by the O-ring or the stem of the faucet. These replacements can also be a DIY fix if you'd rather avoid paying a professional. For this and fixes like it, Abrams says Roto-Rooter has a YouTube channel with instructional videos, and you may be able to get advice from a local hardware store or a big-box home improvement store like Home Depot or Lowe's.

No Water on a Cold Day

If it's the middle of winter and nothing comes out when you turn on a faucet or the toilet bowl doesn't get new water after you flush, this is a sign that you may have a frozen water supply line. If you don't address the issue as quickly as possible, you could be dealing with the major issue of a burst pipe.

If you have frozen pipes, shut off the water either to the area where the frozen pipe is located or to your entire house. Next, you'll want to thaw out the pipe. You can do this by blowing a hair dryer on the frozen pipe, wrapping it in towels or blankets to warm it up or even bringing in a space heater, if it can sit safely in the space.

Prevent frozen pipes in the future by ensuring your pipes are properly insulated. In crawl spaces in particular, it's fairly common for insulation to be located between floor joists to help keep the house warm, but there's no insulation around the plumbing that's also down there.

Low water pressure in your shower could mean you just need to clean or replace your shower head – vinegar will help remove any buildup of mineral deposits.

You may also notice a loss of water pressure if water is being used in more than one part of the house at once, which Abrams says is characteristic of older homes. If you're not interested in investing in replacements of multiple plumbing components to update the system, get in the habit of never taking a shower while the dishwasher is running, for example.

A sudden loss of water pressure is worthy of a call into a plumber, however. Mulder says it could be a sign of a valve failure, leak or clogged water source.

If you're noticing water coming from under your washing machine or dishwasher when it runs, the issue is likely with the hoses connected to the appliance that serve as either water supply or drain lines. Check to make sure all hoses are tightened, and then check the hoses themselves for any cracks.

Expect the hoses connected to a washing machine or dishwasher to need replacing even before the appliance itself starts to go bad. Water Damage Defense reports the average failed washing machine supply hose is just 8.7 years old.

Rattling pipes are more likely to occur in an old house, and the rattling often happens in the walls as water moves through the pipes. When that happens, it's because the pipe simply needs to be secured to the wall, Abrams says.

"If you can live with it, I would say live with it. If it's driving you crazy, a plumber can help you figure out where it likely is so you're not drilling lots of holes in your wall," Abrams says.

If the toilet bowl fills up but doesn't drain right away when you flush, you have a clog. This is often caused by too much toilet paper, wipes or waste. With a small clog, you can solve the problem with a plunger.

If a plunger doesn't solve the situation or you're dealing with frequently clogged toilets, the clog is likely deeper in the pipes. A plumber with a plumbing snake or drain auger will be able to solve the problem.

If your water bills have suddenly spiked without a known increase in water usage, it could be a sign of a leak somewhere in your home.

"A good deal of the time it's a running toilet, and sometimes a toilet is running and it's so quiet you don't notice," Abrams says. He recommends testing each toilet in the house by putting a few drops of red or blue food coloring in the tank of each toilet. Wait 15 to 20 minutes without anyone using the toilet, and if the water in the toilet bowl has turned red or blue to match the tank, that means you have water leaking from the tank and into the bowl and drain. You may need to replace one or more components in the toilet tank, from the flush valve to the tank lever, fill valve or bowl gasket. These can be bought at any hardware store.

If you've investigated your toilets and they're not the problem, you may have a leaky pipe somewhere else. Check your basement or crawl space for standing water, and you'll likely want to contact a plumber.

Bad Smells Coming From the Drain

A nasty smell coming from your drain is most often a dried-out P-trap in a drain, allowing the smell of the sewer to come up. However, be sure it's not a sign of a gas leak.

"If you notice foul odors in the home that smell like sewer, make sure to run some hot water in each drain frequently to ensure the trap remains full and sewer gasses cannot enter the home," Mulder says. "If you smell a rotten egg smell, it is best to turn off any stoves or heaters and leave the immediate area until a plumber can inspect the smell. Natural gas and carbon monoxide can be very deadly, and any suspicion of a leak should be investigated immediately."

Are your drains making sounds, even if you're not using water in that spot at the moment? "A gurgling sound may be indication of an improper or partially clogged plumbing vent system," Mulder says. "It may also be indication of a partial stoppage in the drain line causing air pockets as the waste is attempting to exit the system. If the gurgling is new or you notice slow drains, your best bet is to call a plumber for a professional inspection."

Standing Water in Your Yard

If your yard has become a swamp, even on dry days without rain, it's possible you have a plumbing problem with your plumbing's connection to the sewer. You should contact a plumber to investigate – it's possible you'll have to dig up part of your yard to replace or repair buried pipes.

If your house uses a septic system rather than sewer hookup, you could have a failed septic pump, overflowed tank, grease buildup or disconnected pipes. You should contact a septic system specialist to diagnose the exact cause and plan for repairs as soon as possible.

If you find your house runs out of hot water quickly, the water heater you have may be too small for the household. Mulder advises opting for a water heater that has a brass escape hatch for draining. "Plastic is notorious for leaking and often times plumbers will not want to touch them for a flush," he says.

How To Become A Landlord

Want to become a landlord? You’re in good company! In today’s hot housing market, rents are on the rise, which may have you wondering whether it’s time to consider becoming a landlord and

When COVID-19 struck New York City, dietitian Lisa Moskovitz was living in a two-bedroom apartment in Manhattan with her commercial banker husband and 2-year-old twin boys. They had no balcony, no

For the 20th straight week, servicers’ forbearance portfolio volume dropped — this time a staggering 26 basis points, to 3.50% in the period ending July 11, per a survey from the Mortgage

What Is The Maximum Price I Can Afford For A House

Imagine you find your dream home: It has a pool, a second-floor terrace and a home office that gets just the right amount of natural sunlight. But it’s at the top of your price range, and even if