Can You Actually Turn A Profit Flipping Homes In Todays Market

Tight inventory is making house flipping more of a gamble, but that's not stopping ambitious investors from giving it a shot. 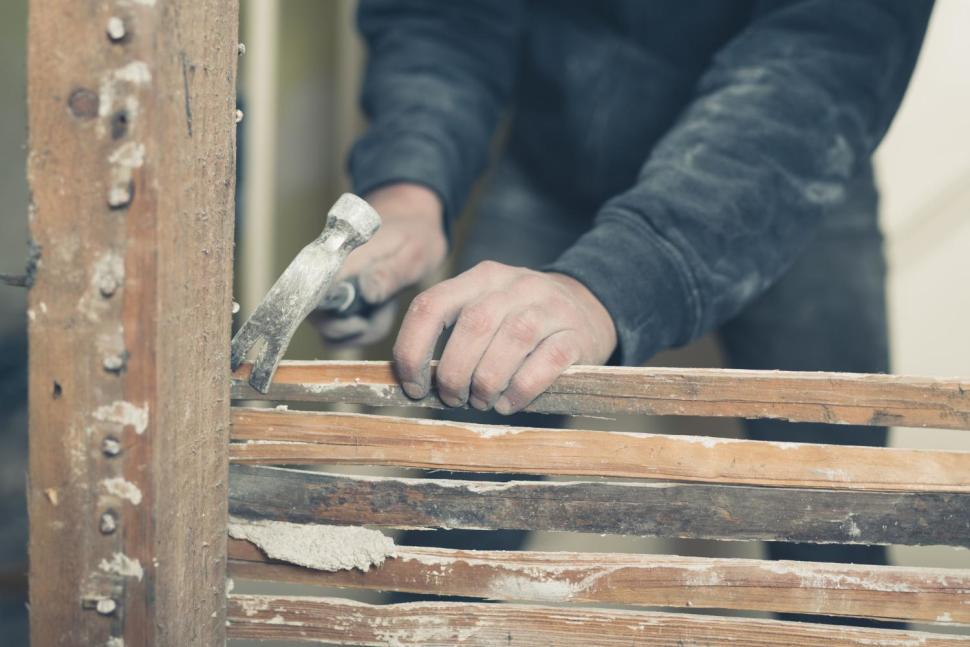 Back in 2012, house flipping seemed like the perfect opportunity for a person with extra cash and an eye for remodeling. The market was flush with homes left vacant from waves of foreclosures prompted by the housing bubble that burst a few years earlier. You could buy a home from a bank, make any necessary repairs, install hardwood floors, splash on a fresh coat of paint and then sell it at the top of the market.

Nowadays, with a strong economy, more and more potential flippers have that extra cash in hand. And they’ve been studying TV shows like “Flip or Flop” on HGTV and “First Time Flippers” on the DIY Network, just waiting to find the right bargain to start their flipping career.

But with the housing market back to pre-recession levels, the number of homes coming on the market each month is low. Bidding wars are beginning the day a property is listed, driving home sales above asking prices in many cases. Buyers willing to pay more to occupy the home they purchase are having a tough time finding affordable real estate, which means it's even tougher for investors looking for houses at rock-bottom prices.

With a tight inventory and no expectation for single-family home development to catch up with demand any time soon, is it still possible to make money in the house-flipping game?

“Absolutely,” says Vincent Harris, CEO and co-founder of Hoozip, a startup that creates productivity and lead management products for real estate investors, but the way you find those profitable investments has changed.

The old recession-era practice of buying a house at auction for cheap, doing a light rehab and selling it for a profit a month or two later is far less likely these days. In the second quarter of 2018, just 32 percent of home flips nationwide were purchased as a distressed sale – a foreclosure or bank-owned sale – according to ATTOM Data Solutions. That’s down more than 6 percent from the same period in 2017 and less than half the rate in the first quarter of 2010, when purchases of distressed properties for flipping peaked at 68.2 percent of all purchases.

It’s not just a matter of fewer homes going on the market – the home-flipping industry has transformed in the last few years. You’re not just competing with local professional flippers; bigger companies and even giant investors, often referred to as iBuyers, have come on the scene.

Flipping has become a much more mainstream endeavor, as more and more companies such as Opendoor, Offerpad and even Zillow are offering quick, all-cash purchases for homes with the intent to flip and sell them for a profit. These companies certainly offer more options to home sellers, but their presence creates a more competitive atmosphere for other investors.

But that's still not stopping people from trying to flip homes – it's just changing what’s required of an investor to be successful. You not only have to be able to find the right house with an owner who is interested in selling, but you also need the financial means to be able to get through the actual work and marketing stages before you can see a payout.

Ted Karagannis, a licensed real estate broker for Warburg Realty, says the New York City market slowed in the earlier parts of this summer where buyers showed interest in properties but didn’t make offers. Sellers were left waiting, either looking at reducing the asking price or taking the property off the market until it picked back up later in the season.

“If you do have to carry [the property] for three to six months, you have to estimate that all into the purchase price as well,” Karagannis says.

There is an advantage to being a part-time flipper, however. While bigger investors must compete with companies of all sizes to stay afloat, a weekend warrior hoping to put his DIY skills to use for a profit doesn’t see a smaller payout as detrimental to his livelihood. “If he makes $20,000 on a deal, that’s great,” Harris says. That $20,000 could be a year’s worth of college tuition for the flipper’s child or a new roof on his own home.

Some good news for those who want to begin real estate investing, either by flipping homes or serving as a landlord: You don’t necessarily need to have the capital to buy property with cash. Susan Naftulin is the owner and president of Rehab Financial Group, a lender for real estate investors in Rosemont, Pennsylvania, and she says her firm takes the pace of the market into account to help borrowers remain competitive with cash-heavy buyers.

“We work as hard as we can to wrap up our side of it and underwrite as quickly as possible so as not to be an impediment,” Naftulin says. Whether you finance or use your own cash, Naftulin says first-time investors should check their expectations before jumping in for the sake of their own finances. “Better to make your mistakes with a smaller rehab and a smaller loan than bigger,” she explains.

Here are three things you can do to increase your chances of earning money through house flipping.

Invest small and smart. If you still want to try flipping a home, don’t go for the former crack den with burst pipes and a hole in the ceiling. Naftulin says you’re more likely to turn a profit with a home that doesn’t need much work, but can sell at a higher price point with minor fixes and some skillful staging. It'll also be easier to entice a lender when less risk is involved, especially if it's your first dive into real estate investing.

Your profit won’t be gigantic, but you won’t have inadvertently bought a money pit, either. “You don’t make a lot on each property, but you can do a lot of houses,” Naftulin says.

Once you're able to ensure the house doesn't have problems lurking beneath the surface through an inspection and you've checked on the title for liens or other legal issues tied to the property, adding smaller cosmetic changes can draw buyers in. “Make it a little more special than the norm,” Karagannis says. “That can be done easily with good hardware or plumbing, sink faucets [and] things like that that can attract people.”

Both Naftulin and Karagannis stress the importance of doing more research and digging deep on a property before you’ve even put an offer in. You want to know that the home, the property history and the neighborhood all lead to a good investment in the end.

Karagannis says in New York City, knowing the ins and outs of a condo or co-op building’s management and fees is a must to avoid a failed investment. “Is the building a healthy condo, or is the condo like a hotel where people are coming and going every six months to a year? What are the qualities you’re buying when you’re looking at real estate?” he says. “A lot of newcomers don’t know any of that, and they make huge mistakes.”

Invest in a different way. Rather than looking for properties on the local multiple listing service, try finding properties that aren’t on the market but have owners who are more likely to be interested in a sale proposition. Part of Hoozip's offering is to help customers analyze property data and determine which homes are a worthy investment. In addition, property records available through local assessor's offices can provide property tax information and show how long the property's been owned by the same person, though conducting such searches on your own may be time-consuming.

Harris says that can range from high equity in a home to delinquent property taxes or an owner who recently moved out of state. But because you’re dealing with individual owners – who are possibly facing financial issues or just suffered a death in the family – empathy becomes are big part of being a successful investor.

If you can balance the ability to make the seller feel valued while also coming off as a professional, you’re more likely to see success. “They want to deal with someone who’s credible,” Harris says.

You could also try purchasing and holding onto your property for rental income, though you would also take on the role of landlord – and all the maintenance and management responsibilities that come with it.

Wait for the economy to tank. It’s not an optimistic approach to real estate investing, but when it comes to flipping houses, you need a surplus of homes for sale to be able to snag good deals on properties to flip. The only way to really guarantee an excess supply of homes is when people can no longer afford to live in them. And that means an economic downturn. But the current outlook remains bright for real estate values and the larger economy.