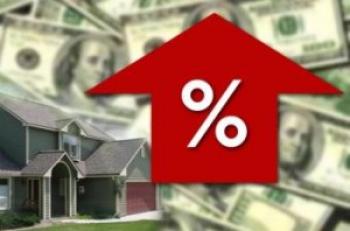 Mortgage performance is on the rise, and foreclosures are on the decline at the nation’s largest banks, according to the first-quarter Mortgage Metrics Report from the Office of the Comptroller of the Currency (OCC). Representing 48 percent of outstanding first-lien residential mortgages, the OCC report includes data on mortgages at the nation’s seven largest servicers, based on portfolio size, and one federal savings association.

The percentage of current, performing mortgages rose to 93.1 percent in the first quarter of this year, up from 91.8 percent in the fourth quarter of last year and from 90.2 percent a year ago, according to the OCC. The first quarter marks the sixth straight quarter of improvement in loan performance, according to OCC data.
At the same time, the number of loans in some stage of the foreclosure process at the institutions declined 52.3 percent over the year to the lowest level the OCC has recorded since September 2008. About 1.8 percent of the loans are in foreclosure as of the end of the first quarter.
The number of foreclosure starts in the first quarter is down 49.1 percent from the start of the year, while the number of foreclosures completed in the first quarter is down 33.9 percent from a year ago.
The OCC attributes declining foreclosures to a few factors, including "improved economic conditions, aggressive foreclosure prevention assistance, and the transfer of loans to servicers outside the reporting banks and thrift.
"Mortgage delinquencies at OCC-observed institutions are also on the decline. As of the first quarter, 2.1 percent of mortgages at the nation’s largest servicers were 30 to 59 days delinquent, a record low for the Mortgage Metrics Report, which debuted in the first quarter of 2008.
The serious delinquency rate is 3.1 percent, down from 3.5 percent in the previous quarter and from 4.0 percent in the same quarter last year. The OCC considers a loan seriously delinquent if it is 60 or more days past due or at least 30 days past due if held by a bankrupt borrower.
An up-close look at the 93.1 percent performance rate reveals a higher success rate among loans held by Fannie Mae and Freddie Mac than other government-guaranteed mortgages.
At the end of the first quarter, 96.7 percent of Fannie and Freddie loans were current and performing, while 88.4 percent of other government-guaranteed loans held this status. Both categories of loans, however, improved performance from last year.
While the OCC points to "aggressive foreclosure prevention assistance" as contributing factor to declining foreclosures, the report found a 32.1 percent decline in home retention actions from a year ago.
Regardless, home retention efforts outweighed home forfeiture actions more than threefold in the first quarter—237,133 home retention actions in contrast to 71,678 home forfeiture actions.
Over the three-month period, servicers administered more than 65,000 loan modifications, about 71,000 trial plans, and about 100,000 payment plans.
Among newly modified loans, 91 percent included reduced monthly payments, and 58.6 percent included payment reductions of at least 20 percent.
About 73.3 percent of loans modified in the first quarter included reduced interest rates, and 78 percent included loan term extensions.
While loans modified through the government’s Home Affordable Modification Program (HAMP) included greater average payment and interest reductions, according to the OCC’s report, the OCC did point out that the program's stringent qualifications make it available to fewer borrowers than proprietary modifications.
HAMP modifications increased significantly over the first quarter of the year, up 49 percent from the previous quarter. In contrast, other modifications decreased 33.4 percent. On the other hand, HAMP trial period plans decreased 26.9 percent over the quarter.
In total, servicers at the large loan servicers the OCC observes have modified nearly 3.5 million loans from the start of 2008 through 2013. As of the end of the first quarter of this year, 60 percent of those modified loans were active. The other 40 percent were paid in full, liquidated, or transferred to another servicer.

Of the active modified loans, 69.9 percent were performing at the end of the first quarter, according to the OCC report.
Source