How To Use Music To Sell Your Home 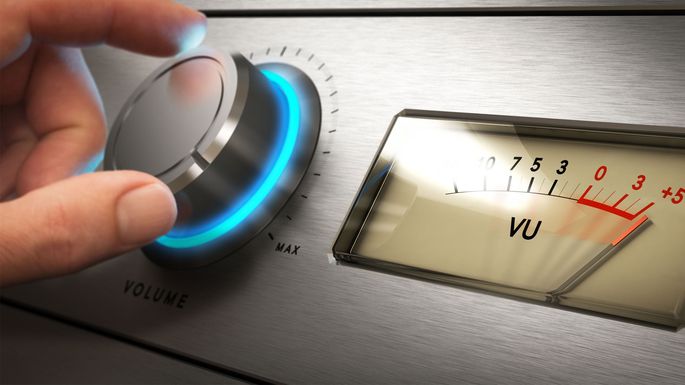 Tom Hignite, owner of Miracle HomeBuilders in suburban Milwaukee, is a firm believer in the power of music—so much that he cranks up the volume at open houses and tours.

But not too loud. And it has to be the right kind of music.

“It’s trying to create a sense that goes with the home,” Hignite says. “With a contemporary home, a lot of times it’s New Age ... sounds almost Zen-like. If it’s an older home, mansion-like, we’ll want to have classical music, maybe piano and violin music.” For a property in an urban neighborhood, jazz is in perfect pitch, he says.

It's all about using music to evoke an emotional response in home shoppers, Hignite says, assuming that the right playlist will get a buyer in the mood to seal the deal.

But can music really turn a shopper into a buyer? Australian researchers Adrian North, Lorraine Sheridan, and Charles Areni tested this theory in 2015. Among a group of college students, they found that meal choices directly corresponded with the background music they heard. A second part of that study indicated that hearing music makes people want to spend more money than if tunes were not present—in other words, music adds more perceived value to the product being offered.

So, if people's choices in food and shopping are influenced by music, it stands to reason their home-buying experience might be shaped by songs as well.

“Having some soft, soothing music playing at an open house does help with the sale,” says Michelle Galli, a listing agent with Century 21 M&M in Los Banos, CA. “It gives the prospect a calm, relaxing feeling ... so they can picture themselves in the home in serenity.”

But before you crank up the steel drums in your coastal home, let's dive into what kind of music sells houses—and which melodies you should avoid.

Match the music to your home

When building your playlist, think first about your home's style. Do you live in a charming Victorian or a contemporary condo? Will Justin Bieber's greatest hits feel out of tune in your Mid-Century Modern home?

You can also steal inspiration from the surrounding neighborhood or the season. Is it a snowy day fit for cozy coffeehouse classics or a hot afternoon ripe for summer jams? You should even consider the type of person most likely to live in the home next—is that likely to be a sophisticated empty nester or a family with young kids?

Consider the tone you're trying to set

“The magic of the music is to find the right music that will make you want to be there—and not run out the door,” Hignite says.

We're stating the obvious here, but that means staying away from hard rock, country, or religious music, which may turn off potential buyers. Top 40 tunes aren't banned, but you'll need to make sure the songs don't have offensive lyrics and aren't too amped up—you're shooting for a vibe of calm, not club.

So how do you strike the right chord? Scouring Spotify or Pandora for open house music is an artful dance. It can take time to uncover the right tunes, and you might be surprised by what works.

“Brazilian jazz added a nice, calming feel to the room, but I made sure to keep it at a low volume so that it wasn’t the first thing you noticed. I had people comment that the music was a nice touch,” Molloy says. “It seemed to add a nice ambiance that made people feel at ease and more relaxed.”

Fernando Morais, a listing agent with TripleMint in New York City, also uses Brazilian jazz—the genre has been an icebreaker, he says.

“One time I was playing [Brazilian] bossa nova, and two clients recognized the songs and introduced themselves,” Morais recalls.

That doesn't mean you have to use Brazilian jazz. But agents agree you can't go wrong with upbeat classics or instrumental music that speaks to the heart of your home. Dizzy Gillespie, Esperanza Spalding, and Billie Holiday are all go-to artists for listing agents.

“I do believe in the power of music to set the mood at an open house,” adds Kathryn Bishop, a listing agent with Keller Williams Realty’s Studio City, CA, office. “I choose relaxing music based on what I think the potential buyer's age or generation might be.  Sometimes it's familiar jazz, sometimes it's more recent hits.”

Where—and how—you play your tunes is crucial, too

Don’t have a surround-system in your home? Don't fret—there are some easy hacks to get around that.

“We’ll still hide boomboxes around, in hidden areas, underneath a bed, or in the corner,” Hignite says.

Don’t be afraid to play a different type of music in each section of the house—as long as the tracks aren't competing with one another or distracting buyers as they weave in and out of rooms. Keep the volume at a level low enough to invite conversation—and not so loud that people have to yell over it. And make sure to create a playlist that will last the entire showing period, so a buyer isn't left in awkward silence when the songs run out.

Looking for some pitch-perfect playlist inspiration? We've curated a selection of songs that agents like to use during open houses and home tours. Take a listen, and see where the music takes you.