Is Portlands Housing Market As Bad As You Think It Is

If you’re thinking about buying a new home in Portland — right now, you’ve likely already heard horror stories from your friends and family about how outright bonkers the housing market has become in just a few short years.

Portland’s population is growing, and will continue to grow. In fact, Oregon has led the way in welcoming expatriates from other states in each of the last two years. According to a 2015 Metro study, 66 percent of all moves in Oregon were made by out-of-staters. In all, more than half of Oregonians now hail from someplace else.

Still, despite its best efforts, the developer class hasn’t been able to keep up with the demand, which means home ownership is as competitive as it’s ever been, with pricier-than-ever homes.

There’s a lot to know about buying a home in a seller’s market. You can certainly ask your friends how they coped, but you’re limiting yourself to a handful of isolated case studies. What you need is advice from the experts: the Realtors® who are helping you — and scores of other Portlanders — find the home that meets your needs. 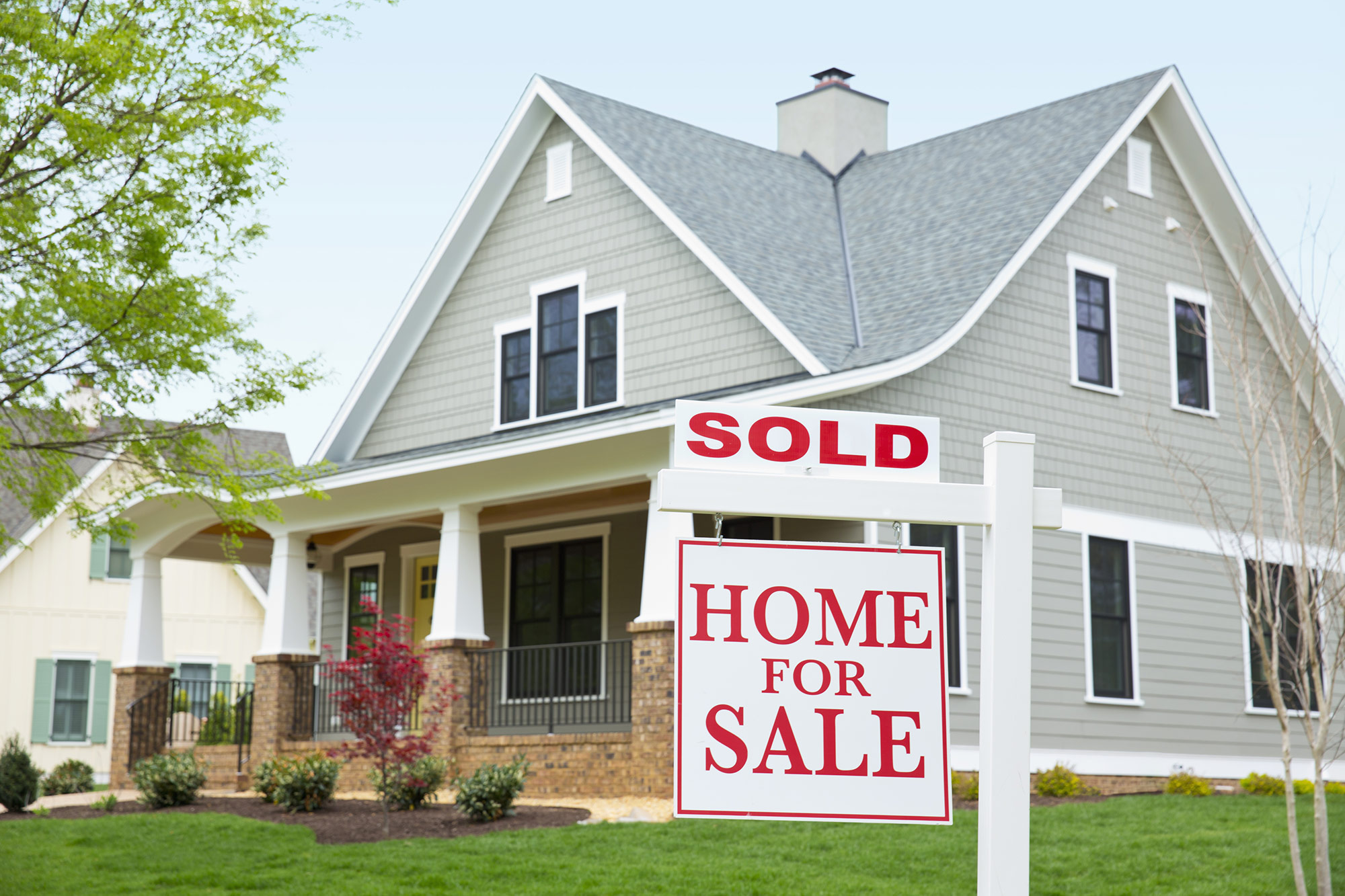 So is the market really as bad as you think it is?

“It’s as bad as they say, and worse,” she says. “We have an influx of cash buyers, 30,000-plus new people yearly, and a decent economy. Combine all that with a place that is still touted as ‘the last affordable city on the West Coast’ and you have a recipe for heartache as a buyer.”

That same Metro study reports that between 2013 and 2014, 33,500 people moved to the Portland area, which is like absorbing the population of Lake Oswego in one year.

“The inventory of available housing remains spoken of in terms of weeks, not months,” he says. ”The vacancy rate for rentals remain insanely low — less than three percent. Quite simply, there are more people coming in than there is housing available, hence the term, ‘Housing Crisis.’ It’s real,” he says.

Still, Ashford says there’s still hope. “Statistically speaking, making offers and staying at it means that eventually you will get an accepted offer. I will also say that in this market, more than ever, it pays to have a good Realtor®, and a good local lender.”

Realtors® — and lenders work in tandem. This special working relationship has allowed them over the years to develop a strong sense of mutual trust.

“I have had offers accepted — with most things being equal — because the other [lending] agent knew me and could sell their clients on our past experiences,” Guinn says. “Every little bit helps.”

Ashford has had the same experience.

“If my offer is exactly the same as another offer but I have worked with the agent before, or the agents knows my lender,” she explains, “boom, we have a better chance of getting acceptance.”

Are you crazy for trying to enter the market now?

“‘Am I crazy’” — sounds like a personal question, but I always warn my buyers to not be house poor,” Ashford says. “If paying a mortgage means you can’t go out to eat or take a vacation on occasion, then yes, you are crazy.”

After all, is your home really affordable if you’re spending an hour or two in traffic each workday and spending hundreds of dollars each month on gasoline to get to and from your job?

“Right now people are over-paying for housing as a matter of necessity or choice,” Guinn says. “It’s only crazy if [you] don’t need shelter because either way, it’s gonna be costly.”

“The nature of real estate is cyclical, and right now Portland is hot for a variety of reasons,” he adds, “but primarily it’s good old supply v. demand.”

Should you buy now or continue to wait — and save?

Ashford says you the best time to buy is when the idea of buying first pops in your head.

“I advise my buyers to do two things,” she says. “First talk to relatives and borrow money from them now so that they can have 20 percent down as that is where you will save money.”

She also suggests forgoing private mortgage insurance, which will not only save you thousands, but make your offer more competitive, too.

“Second,” she goes on, “buy a house that can weather a down market. If you call this your ‘starter home’ and cannot imagine staying there for more than two years, then it isn’t a good investment.”

After all, even if you keep all your fingers crossed and the market crashes again, you’ll be stuck there.

But know this: Even with a swelling population, Metro says that current zoning laws indicate that there’s still room for another 400,000 housing units to be built, and more than a quarter of those are designated for single-family homes.

Does buttering up the seller really work?

“There is no sure-fire way to make a seller choose a buyer, since the highest offer is often the winner,” Guinn says. “However I have seen ‘love letters’  do wonders.”

“Do you foster kids?” Ashford asks. “Great, tell the seller that. Are you a teacher? Let them know; maybe their mom was a teacher. Whatever you have, you should try to use, without being untruthful or sharing things that make you uncomfortable.”

Guinn says you can also “sweeten offers” by waiving costs like inspections or offering “seller possession” after the sale.

“Many sellers turn into buyers upon selling and face the same struggles of finding a suitable residence,” he says.

In the end, he says, the best way to prepare yourself for the housing market is to get all your ducks in a row. Get pre-approved. Don’t believe that cash carries the most cache; it’s not as rare as it once was. Ask lots of questions and really listen to those answers.

“Be flexible, but don’t just settle for anything out of pure desperation,” Guinn adds. “Patience is still key. Do these things and you will have a better chance of success.”

“Don’t get your heart broken,” she says. “Don’t picture your furniture in the house until you have an accepted offer. Don’t compromise on your top three items. Don’t buy a house because your friends are doing it. Know that when you look at houses you should wear slip off shoes, and that it is usually okay to use the bathroom.”

She estimates that 95 percent of her buyers are glad that they bought their homes, because, as she puts it, “There is little that compares to homeownership.”

What else Realtors® like Ashford and Guinn want you to know:

You should have enough money saved to make your home’s 20 percent down payment cost.

Know your needs. If you have an unbridled loathing for yard work, you probably don’t want a home with a big yard. Likewise, if you have a kid, or three, you’re likely going to want a yard. If that’s the case, don’t even bother with a home that hogs its entire lot.

Floor plans are important. Funky’s cool, but only if funky is also functional.

Location is important, too, but so is reality. If you want to live somewhere close in, you’re going to pay a lot more for a home than you would if you decide to buy further east.

Don’t be afraid to look at homes that cost as much as $30,000 under your ideal price point. You might be excluding a whole host of homes you could just as easily fall in love with.

Have fun. You’re shopping for a home to make a life in. Yes, you may not be able to win your first choice, or even your third, but if you stick with it, you’re going to find the home that works for you and meets your needs.

Mortgage Underwriting Challenges In The Pandemic

In December, AmTrust Title Insurance Company announced the hiring of seasoned underwriter Mary Shelley as its midwest region agency underwriter. We took the opportunity to talk to Shelley, who has

President-elect Joe Biden’s $1.9 trillion stimulus, unveiled Thursday as the American Rescue Plan, includes a call for extending the national moratorium on evictions and foreclosures until Sept.,