Lawmakers might ask Oregonians to reconsider part of their 1990s-era property tax revolt -- and perhaps get a tax break in return.

Their proposal would unwind a 1997 rewrite of the property tax system that effectively divorced property taxes from home values to guard tax rates against hot market surges.

But over time, it's created situations in which homeowners with comparable properties are thousands of dollars apart on their tax bills. The system also tends to benefit those whose neighborhoods have gentrified since the '90s while shifting more of the tax burden to poorer neighborhoods.

"We're trying to remove the inequities that exist in property taxes here," said state Sen. Mark Hass, D-Beaverton, who chairs the Senate Finance and Revenue Committee, which is leading the effort. "Homes of equal value are paying vastly different property taxes, which is just a basic unfairness we have to remove."

A solution is elusive, however, because it generally means somebody's tax bill is going up -- and because it requires a voter-approved amendment to Oregon's Constitution.

A 2015 analysis by The Oregonian/OregonLive showed that a return to rates based on home values would lower property taxes for most Portland-area homeowners, assuming the amount of taxes collected overall stayed the same. 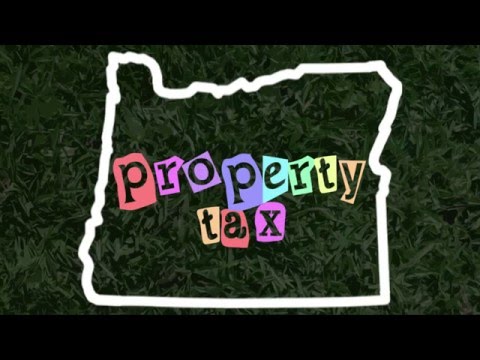 The proposal before Hass' committee, Senate Joint Resolution 3, would take a similarly revenue-neutral approach by being paired with a "homestead exemption," which would exclude part of a home's value from taxation. Senate Bill 151 contains a placeholder exemption of $10,000, that likely would be closer to $100,000, Hass said.

But even when reform might be in their best interest, voters are wary of tinkering with a system that has kept tax bill increases slow and steady.

Polling from the League of Oregon Cities in 2013 found that many voters don't fully understand how the property tax system affects them personally, so their opinion of reform is easily swayed by how the question is framed.

"Great ideas get defeated at the ballot all the time," Sen. Brian Boquist, R-Dallas, said at Tuesday's hearing.

The latest proposal still has wrinkles to iron out.

For example, a homestead exemption could have vastly different outcomes across the state. Large tax districts in Multnomah County, for example, probably would see a windfall because of its high home values and glut of commercial property, while those in more rural counties would come up short. Small cities that are primarily residential could take a hit, while those with large swaths of commercial areas could get a boost.

Such disparities could partially be addressed by tailoring the homestead exemption to each county by benchmarking it to the area's median home price, Legislative Revenue Officer Paul Warner said.

Any property tax reform might prove an especially heavy lift this year, as the legislature grapples with proposals to raise business taxes and institute rent control.

The Oregon Association of Realtors took a neutral stance on the proposal in a hearing Tuesday, but its chief lobbyist called the ideas "intriguing."

"As advocates for homeownership, Realtors understand there's winners and losers in the current system," said Shawn Cleave. "I just want to make sure we're in the room as the fine details are worked out."

Cleave said the association's members also represent commercial and industrial property owners, so any proposal that shifts too much of the property tax burden to them would be concerning. The association also opposes proposals that reset property taxes upon sale, which can discourage homeowners with restricted property taxes from re-entering the market.

The bill has the support of the League of Oregon Cities, which also endorsed other reforms that would let cities vote to raise more revenue through taxes. They include a repeal or revision of 1990's Measure 5, which limited property tax to 1.5 percent of a home's total value.

Hass said those add-ons probably won't happen, if the bill is going to succeed.

"What I don't want is to have all these technical bills or other legislators' pet projects to collectively derail the proposal we have, which is fixing the property tax system and modernizing the business tax," Hass said. "If everybody understands that nobody's going to have exactly what they want, that this isn't going to solve all the problems, then I think we have a chance of getting it."

The Senate Finance and Revenue Committee will discuss the proposals again on Tuesday.

--By Elliot Njus at OregonLive.com